And now, land may be sinking 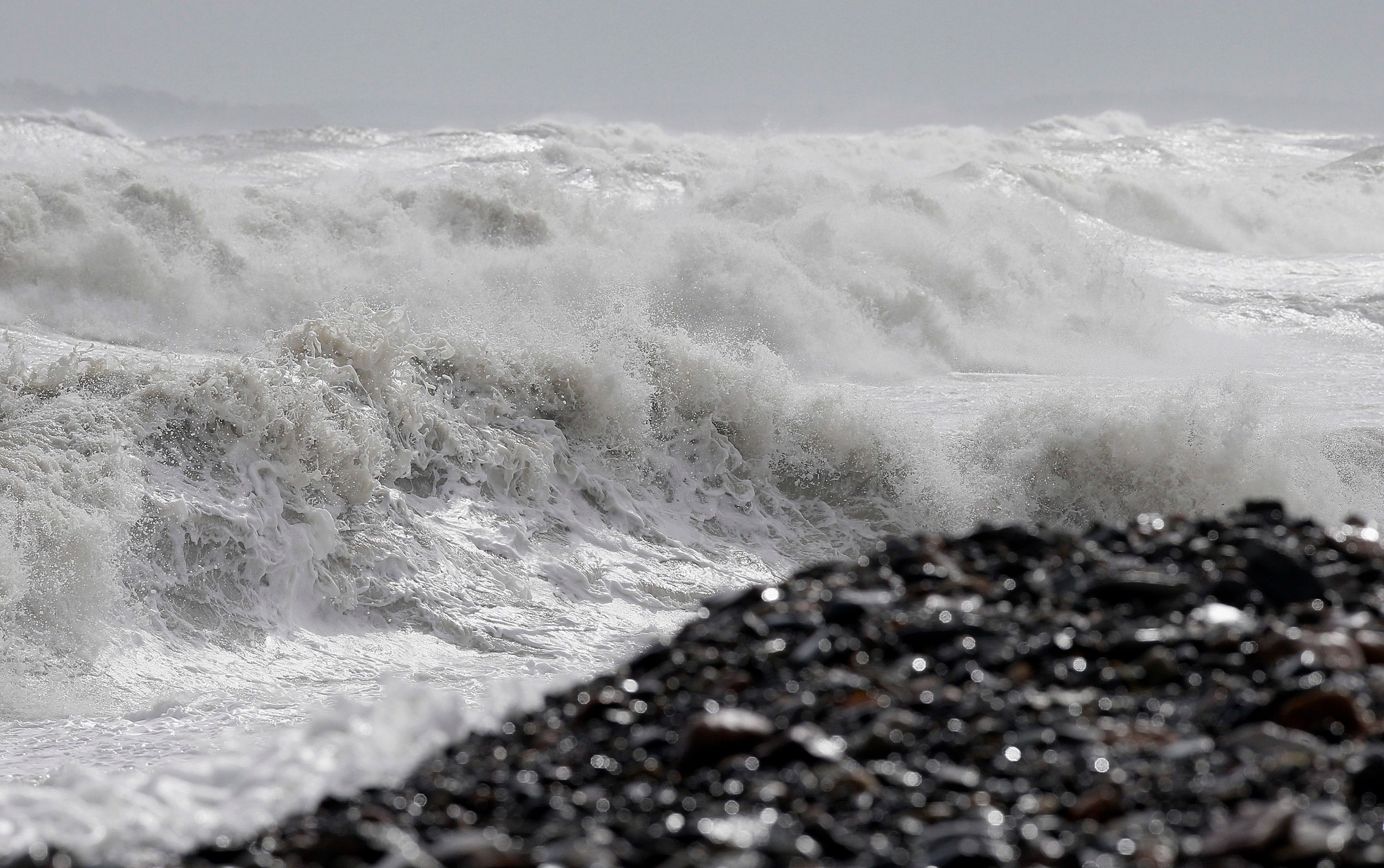 Study suggests mid-Atlantic is getting lower, which may exacerbate effects of sea-level rise

In the coming decades, cities and towns up and down the eastern seaboard will have to come to terms with the impact of rising sea level due to climate change. A new study, however, is suggesting that rising sea levels may be only part of the picture — because the land along the coast is also sinking.
That’s the key finding of Professor of Earth and Planetary Sciences Peter Huybers, Frank B. Baird Jr. Professor of Science Jerry Mitrovica, and Christopher Piecuch, an assistant scientist at the Woods Hole Oceanographic Institution, who used everything from tide gauges to GPS data to paint the most accurate picture ever of sea-level rise along the east coast of the U.S. The researchers are co-authors of the study, recently published in Nature.
“What we are seeing at a large scale, and this was a surprise to me, is a very clear pattern that you would expect if the response to the last ice age were the primary control on the differential rates of sea-level rise across the eastern U.S.,” said Huybers. In other words, between 20,000 and 95,000 years ago, the Laurentide Ice Sheet, which covered most of northern North America, levered the land upwards. “Now, thousands of years after the ice is gone,” Huybers said, “the mid-Atlantic crust is still subsiding.
“In New England, there is not too much additional sea-level rise from land motion because it’s near the hinge point,” he continued. “The bulge caused by the ice sheet was centered on the mid-Atlantic, and because it’s still settling down, the relative rise of sea level in the mid-Atlantic is about twice the global average.”
What that means, Huybers said, is that we need to prepare for greater rates of relative sea-level rise along the mid-Atlantic because of the combined effects of the natural subsidence of the land and human-caused rises in sea level.
“The fact that the mid-Atlantic is subsiding because of long-term geologic processes means that it will continue for centuries and millennia, in addition to whatever other changes in sea level occur,” Huybers said. “The mid-Atlantic is already having to cope with routine coastal flooding, and this problem is only going to get worse with time.”
Developing estimates of how much various factors contribute to sea level rise, however, is easier said than done.
“Sea level is a noisy place,” said Mitrovica. “Tides go up and down, waves crash, there is ice melting, ocean circulation changes, the warming of the ocean. … If you want to understand sea level in its totality, you need to know what all those factors are doing.”
One of the first researchers to attempt that feat, he said, was Carling Hay, a former postdoctoral fellow in Mitrovica’s lab and now an assistant professor at Boston College.
In 2014, while at Harvard, Hay published a groundbreaking study that used advanced statistical techniques to sift through dozens of data sets and factors influencing sea-level rise. She came to the surprising conclusion that during the 20th century, sea levels had risen more slowly than many had estimated.
“Unfortunately, what that means is that if sea levels weren’t rising as fast as we thought in the 20th century, they have been going up significantly faster than we thought over the last 20 years,” Mitrovica said. “That was a real demonstration of the power of statistical work in a field where it had not been very common.”
With the new study, Mitrovica said, Piecuch took that idea and ran with it. But rather than trying to estimate worldwide sea level rise over the past century, he chose to home in on one particular region over a shorter time period.
“So he can use all sorts of data sets,” Mitrovica said. “He can use GPS, which tells you how the land is moving, but he’s also got sea-level data going back several thousand years, tide gauges, and other data. He throws all that into the stew … and asks where the east coast is going and what’s contributing to that change. What Chris has done has solved this long-standing, 30-year problem.”
But the work, Mitrovica pointed out, is part of a trajectory. “The next thing that’s going to happen is we will be able to bring in satellite data and we can step back and look at this globally,” he said. “And I think for the first time we may be able to separate out the various contributors to sea-level rise.”
“There is a rather confusing montage of possibilities for why sea level could be changing,” Huybers added. “What Chris has done is to pull together disparate information that were distributed across a number of locations and different time intervals and put them together in a fully probabilistic way, allowing for better estimates of historical rates of sea-level change and how the ongoing response to the last ice age will contribute to future changes.”
FONTE: THE HAVARD GAZETTE
Enviar esta postagem