In honor of Earth Day, Eco Serendib Villa and Spa, an eco-friendly, luxury retreat on St. John, announces more than $15,000 in funding to Friends of the Virgin Islands National Park. The non-profit organization is dedicated to the preservation and protection of the national park, and to the continuation of the conservation efforts of the Eco Serendib Beach Restoration Project.

Funding comes from money the villa sets aside from reservations. Despite the fact that Eco Serendib has just eight suites, nearly $20,000 has been donated since the beginning of 2012 shortly after the villa’s grand opening.

The Eco Serendib Beach Restoration Project, which was initiated last year with $4,000 in seed funding, protects the island’s coastline from the damaging impact of erosion while reducing the carbon footprint by re-introducing indigenous trees and shrubs at beaches throughout the island. Last year, Maho Bay Beach was the first to benefit from the Eco Serendib Beach Restoration Project. This year the project will expand to include Hawksnest, Trunk Bay, Cinnamon Bay and Francis Bay.

Plans for the restoration project have been drawn up by Gary Ray, Ph.D., a restoration ecologist and owner of the eco consulting firm, Virgin Forest Restorations. He will oversee the Eco Serendib Beach Restoration Project under the guidance of the Virgin Islands National Park. So far, plans include plantings of sea grapes, nothing nuts, orange manjacks, black torches and barbascos—species that are native to the Virgin Islands, which are better able to control erosion. New walkways will also be created to prevent foot traffic from damaging the dunes.

Interested villa guests have the opportunity to become involved with the green project should they wish through tours, demonstrations and even hands-on planting, cultivating and irrigation.
http://www.caribbeannewsdigital.com/
Enviar esta postagem 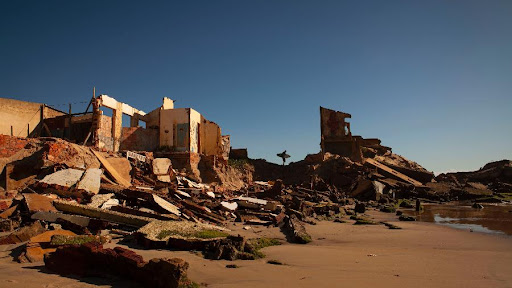